We got a little rain on Saturday which scared all the racers away in Christopher’s class so his first win was a little anti-climatic because he was the only one who showed up to race.

They ended up just letting him run a couple laps at the back of another race to make it official so he could pick up his trophy.

Christopher’s Sunday race on the other hand was a completely different story. Six riders entered the race. Chris had a heck of a back and forth duel with a CBR929. The 929 had more power so he would get Christopher on the straight. Chris would reel him back in through the infield corners and pass him back between turn 6 and 7. There was a lot of back and forth and on the last lap Chris turned it up a little more and the CBR slipped a bit around turn 7 and Chris ended up taking the checkers. What a race! Here’s the on-board video:

Unfortunately Drew, Christopher’s main competition from the Putnam races, wasn’t able to race at the first Gateway round because he crashed in the first session on Saturday. He just happened to be between Chris and I when it happened (I didn’t put any oil on the track I promise!). Here’s a little video of that crash:

Thankfully Drew was alright and will be racing again at the next Gateway in a couple of weeks when he gets his bike fixed back up.

I ended up taking 4th out of about 12 in both of my races. Here is on-board from Saturday’s race which included a little off-roading at the 14:15 mark in the video:

A few pictures from the Gateway weekend: 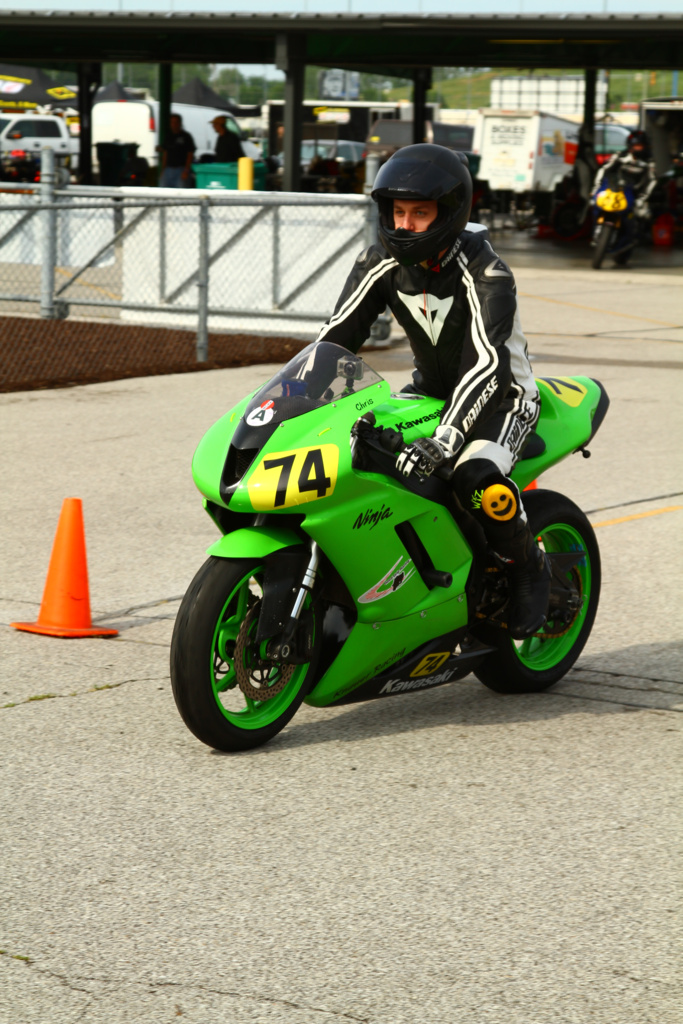 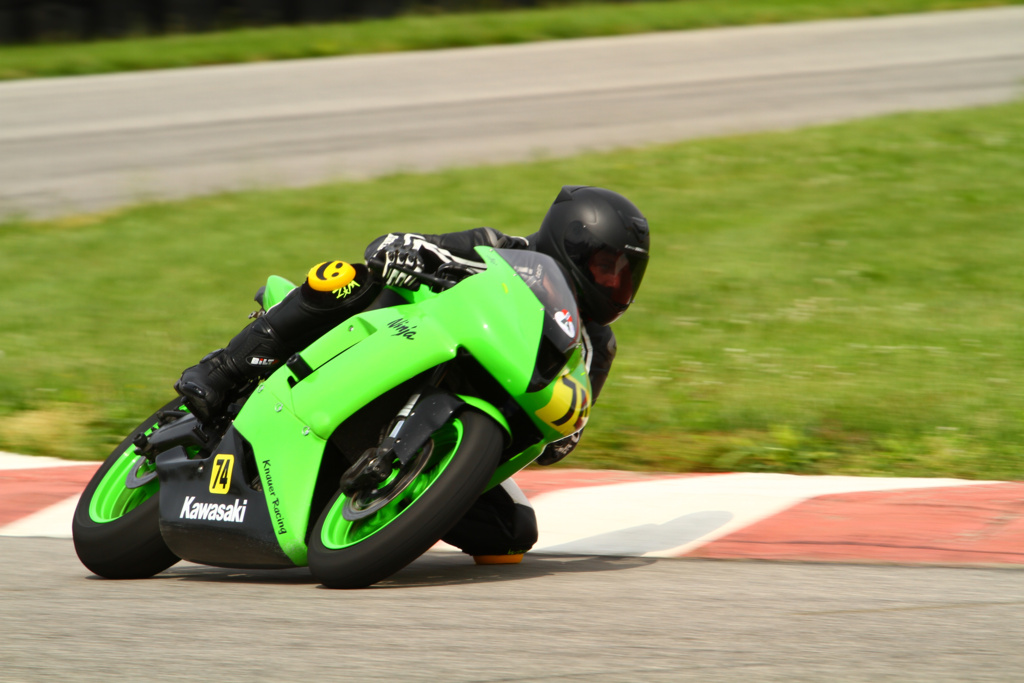 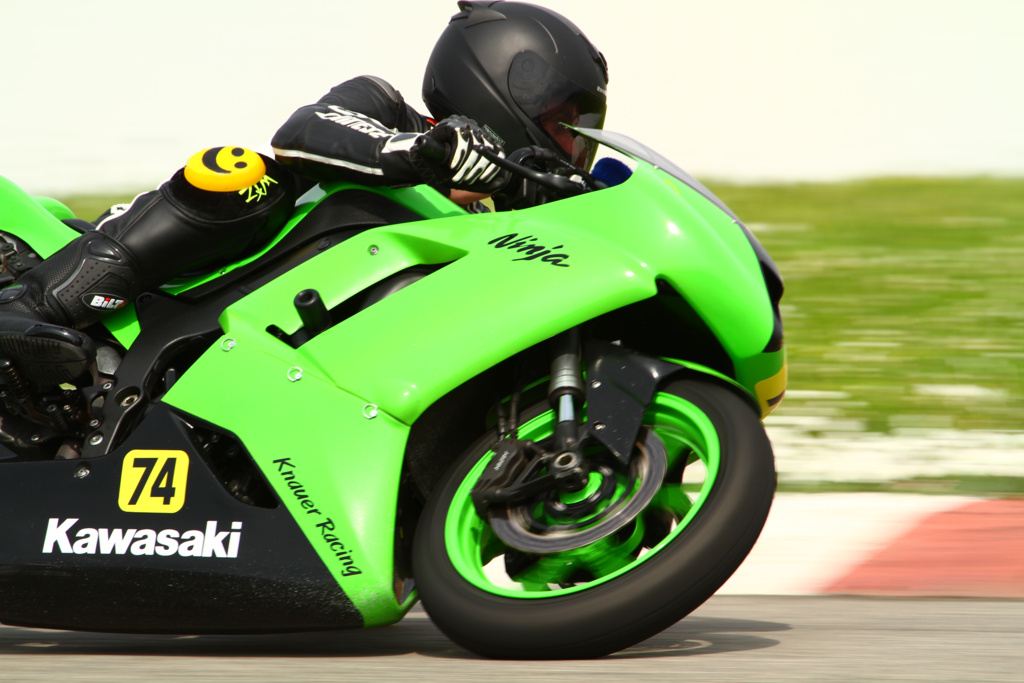 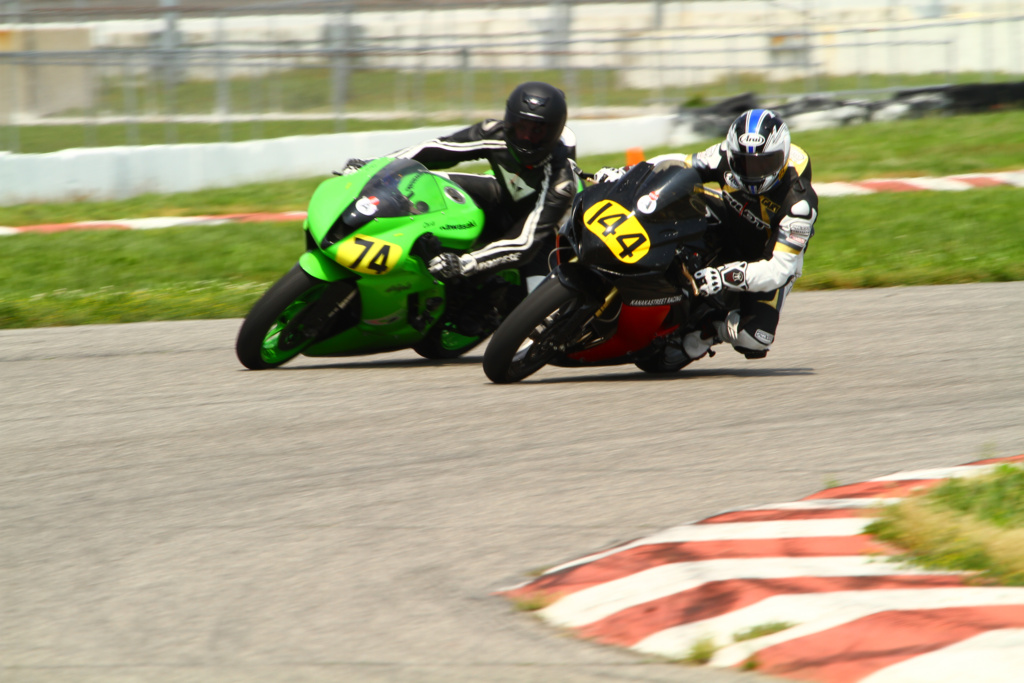 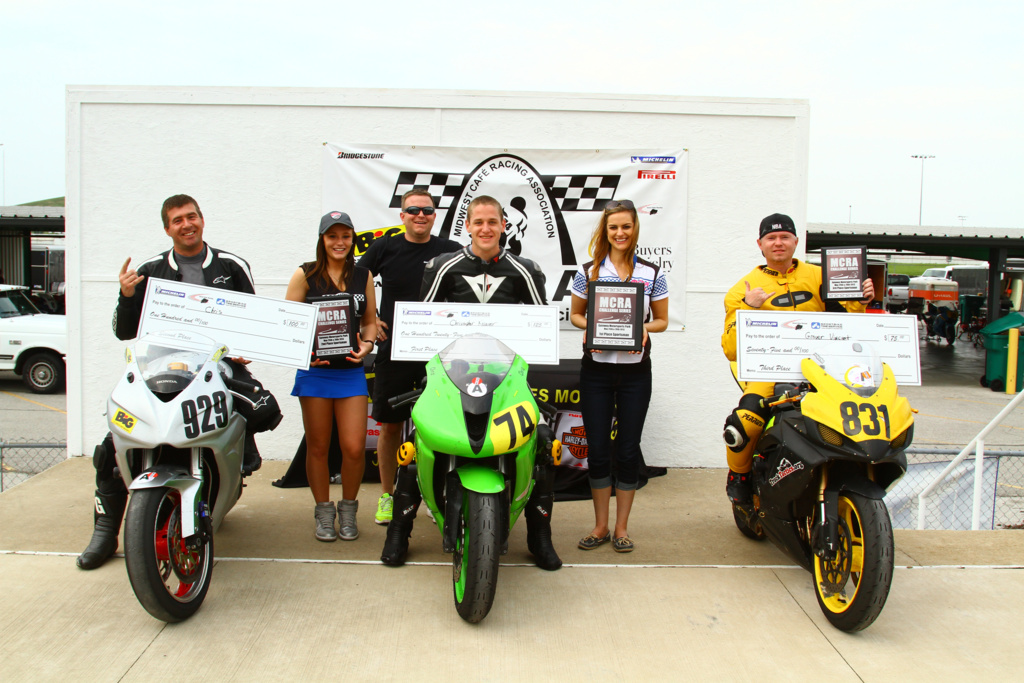 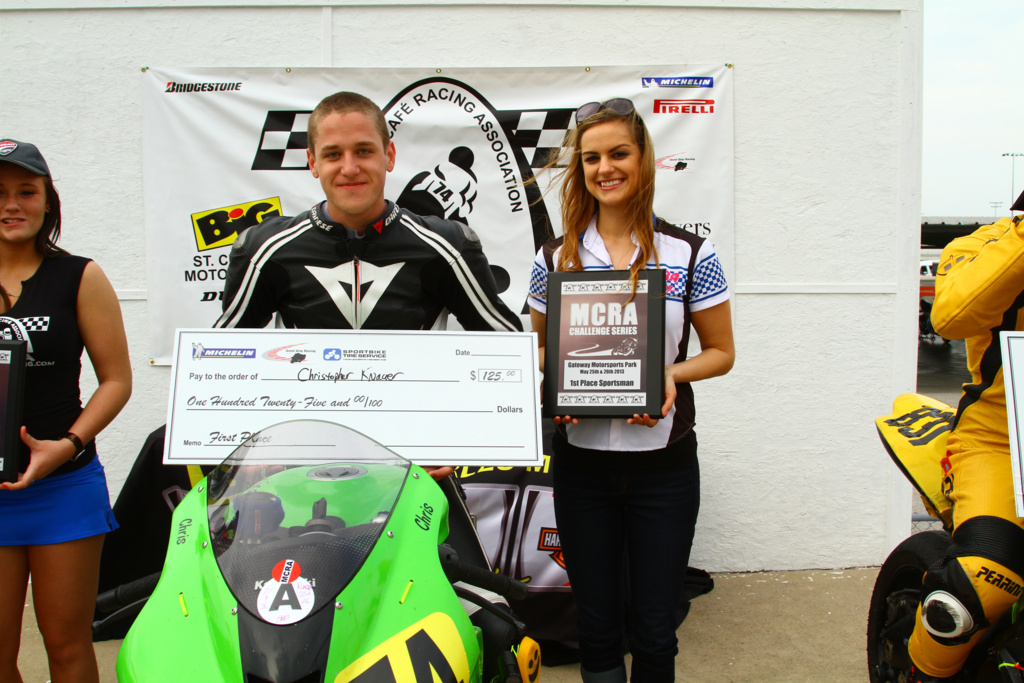 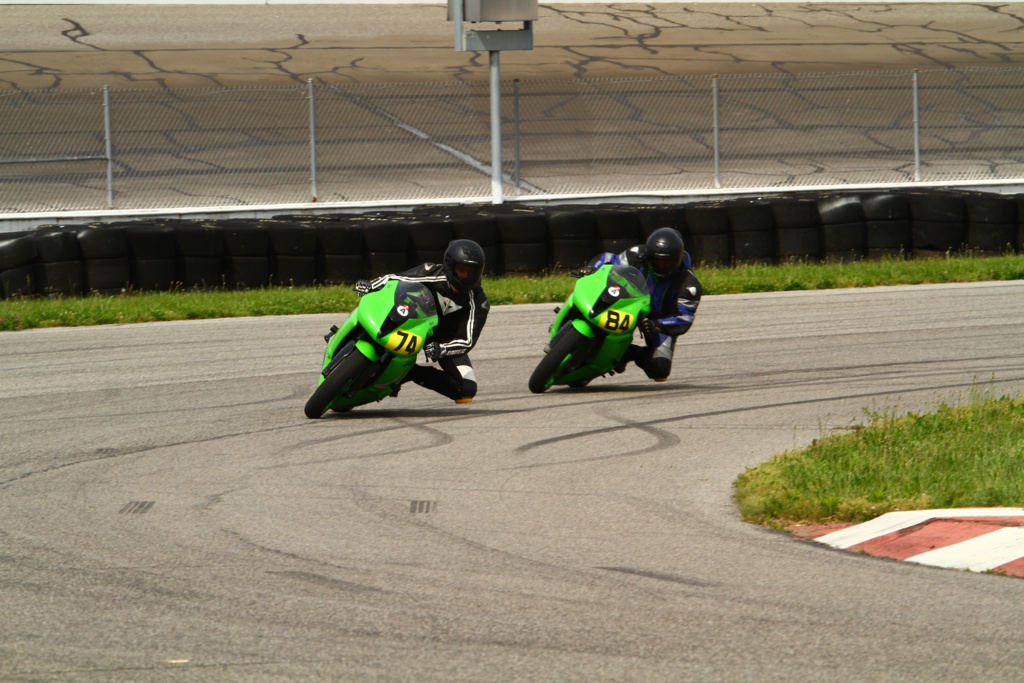 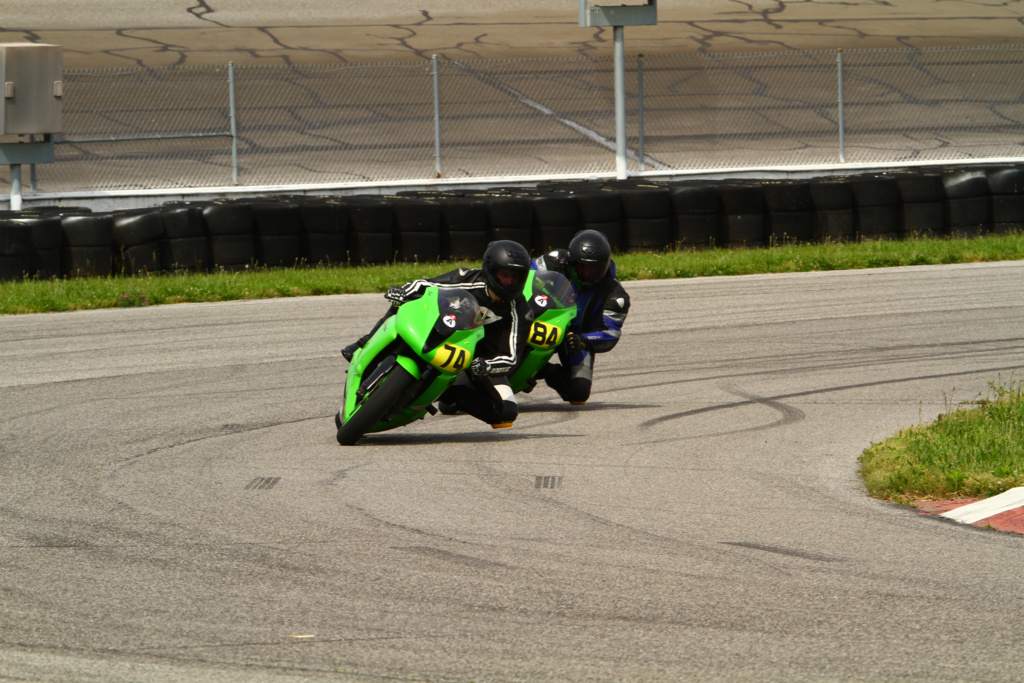 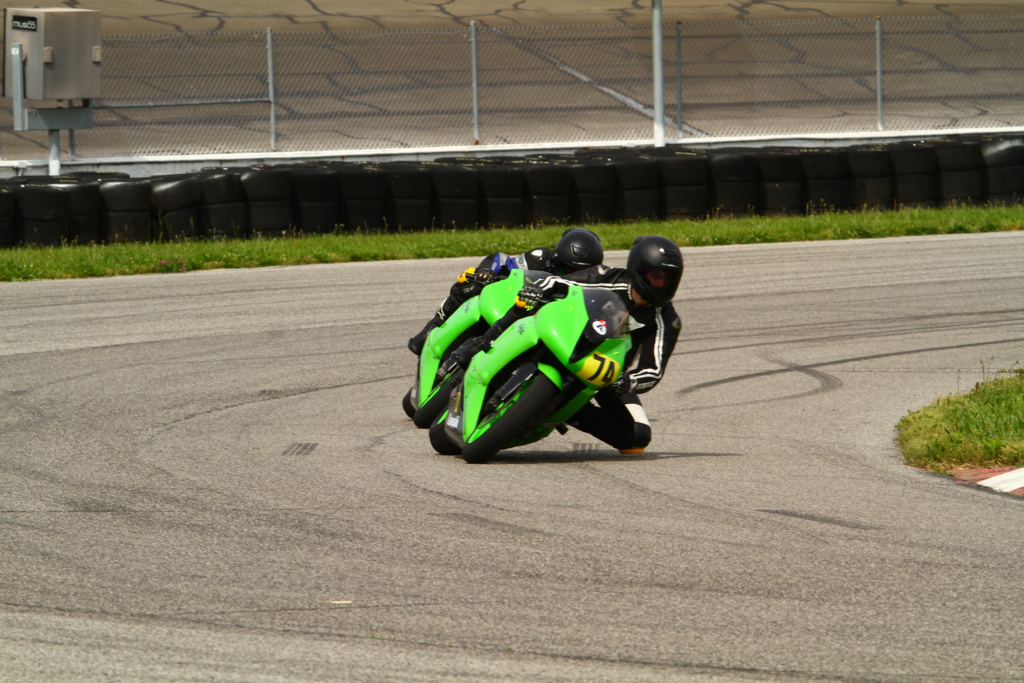 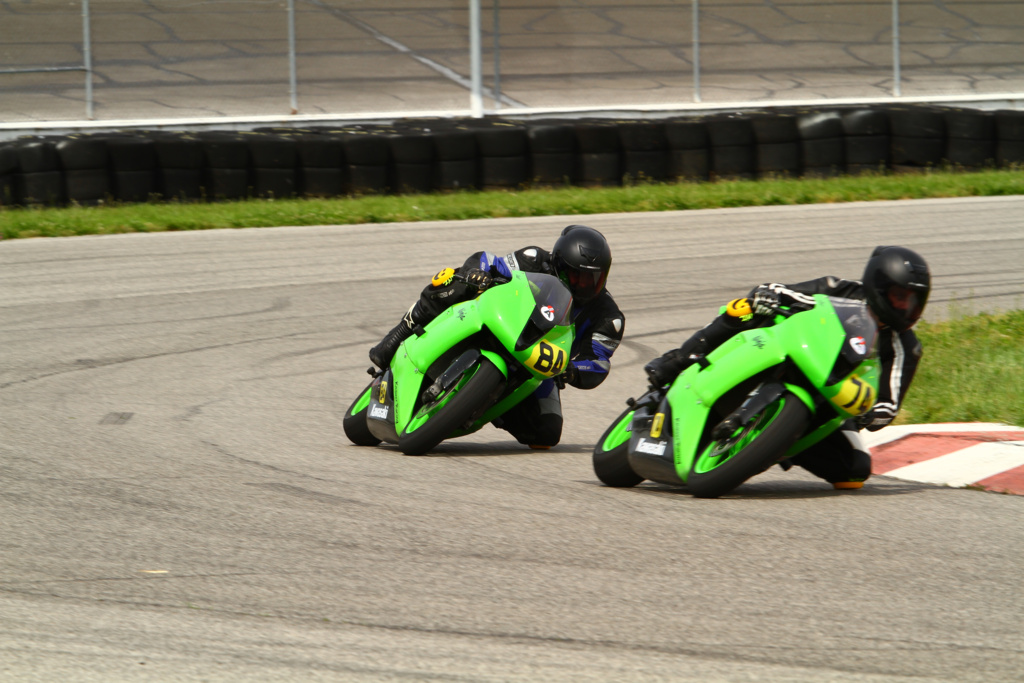 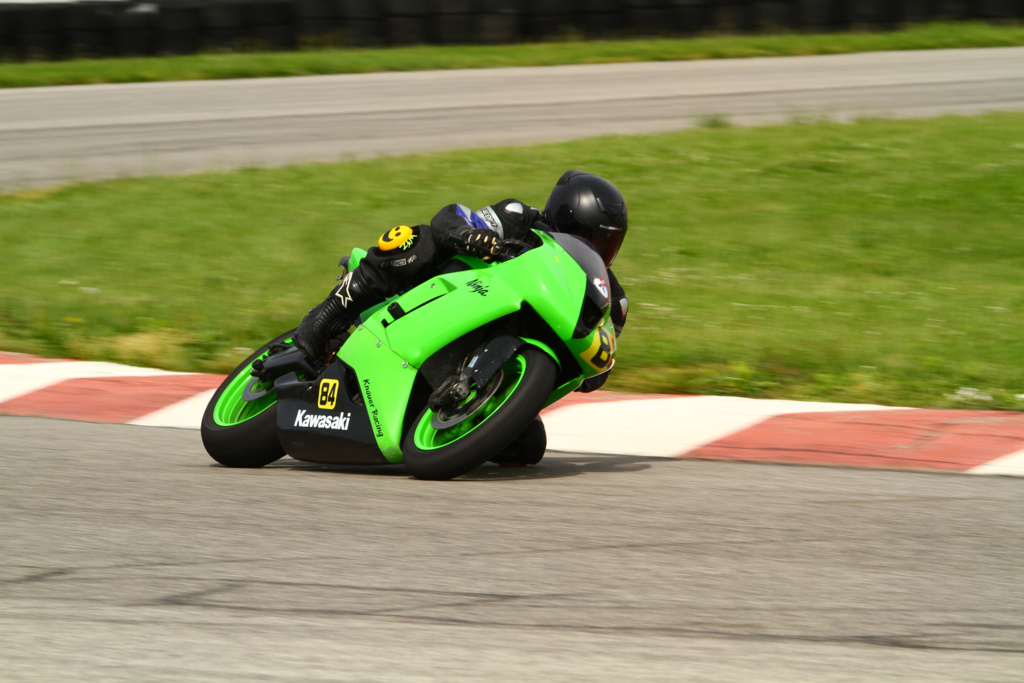 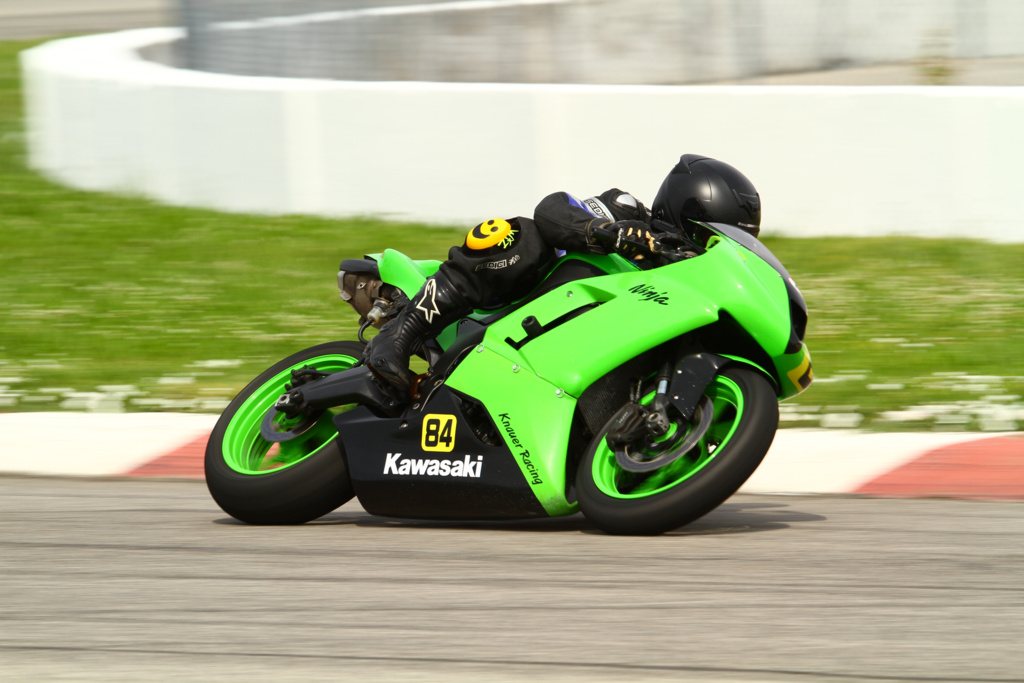 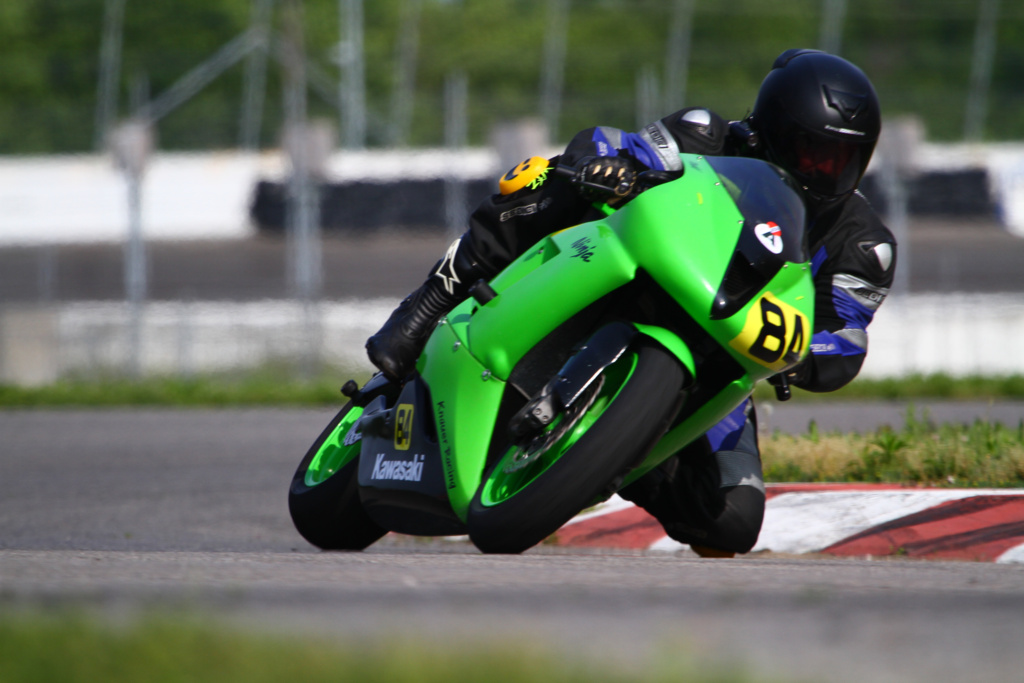 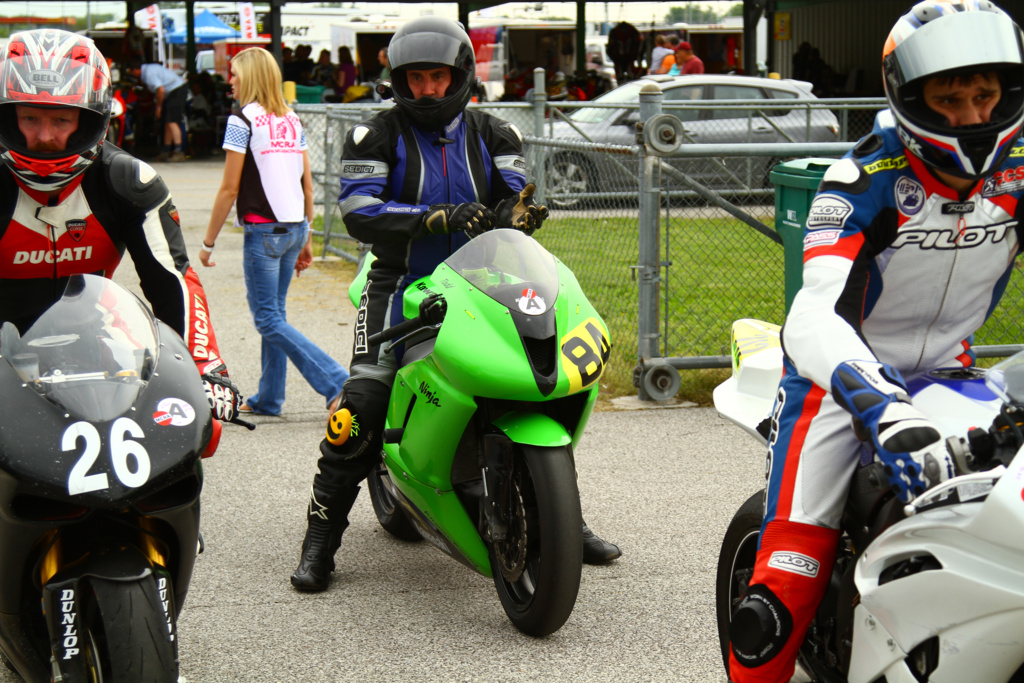 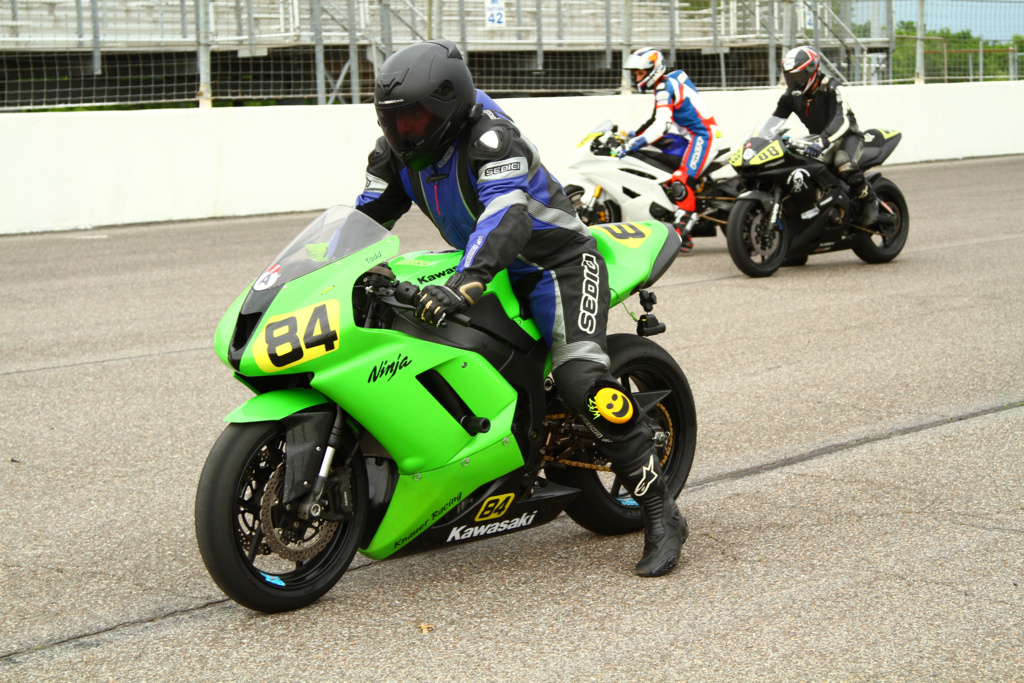 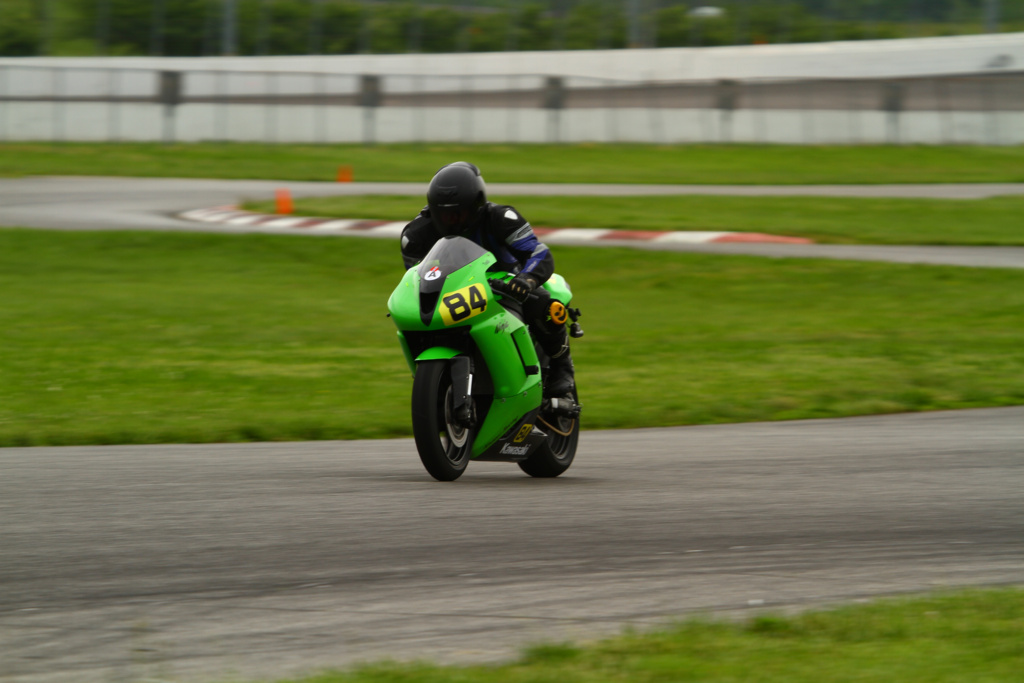 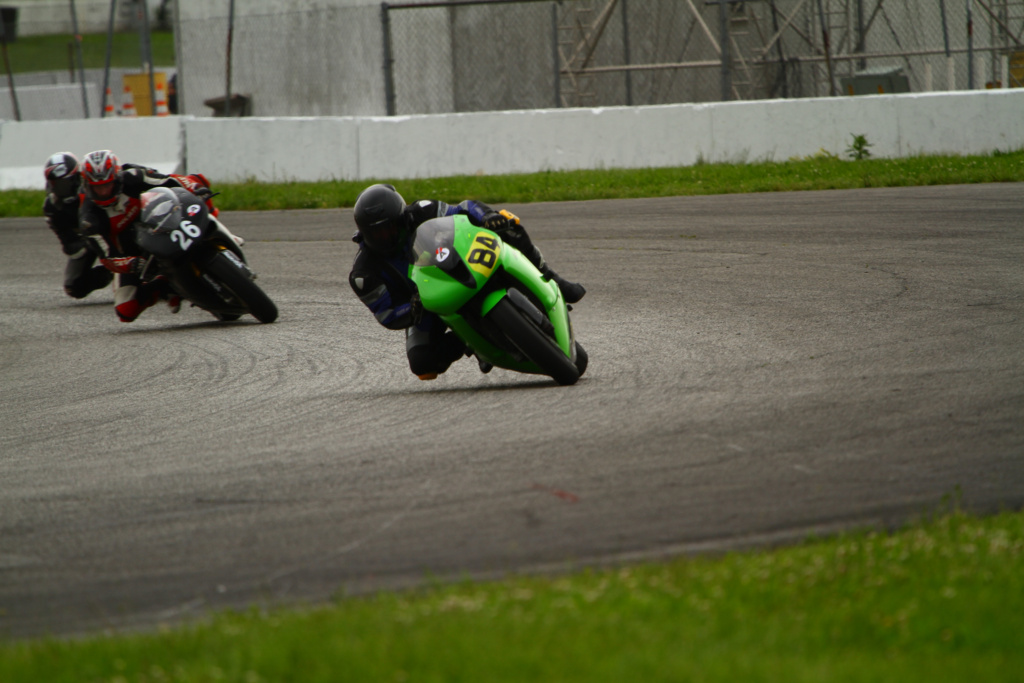 A few pictures from the Putnam weekend: 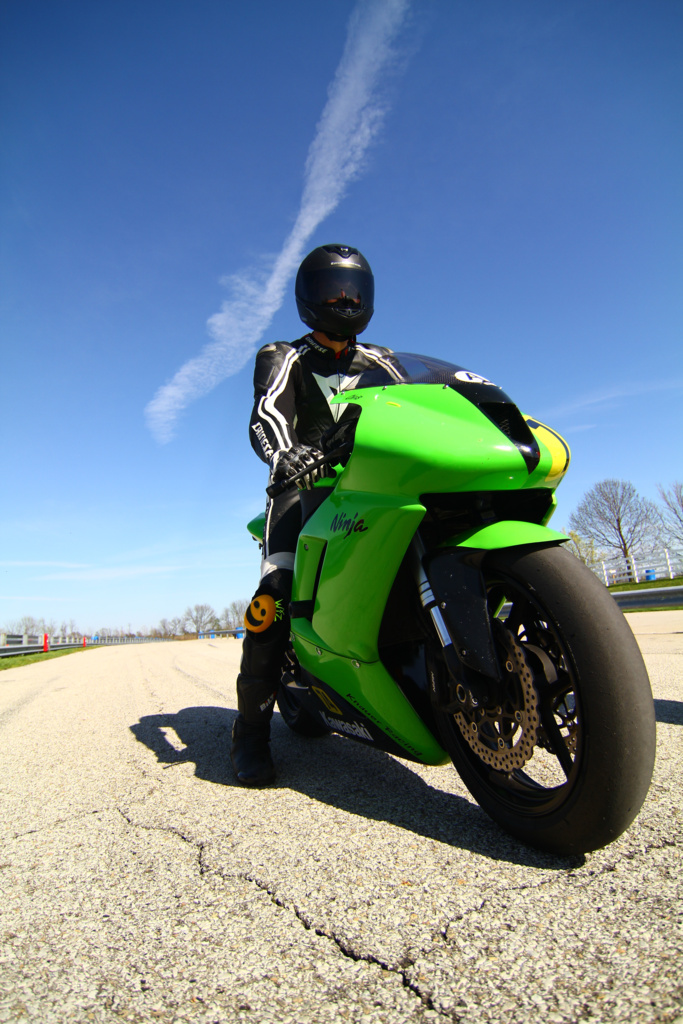 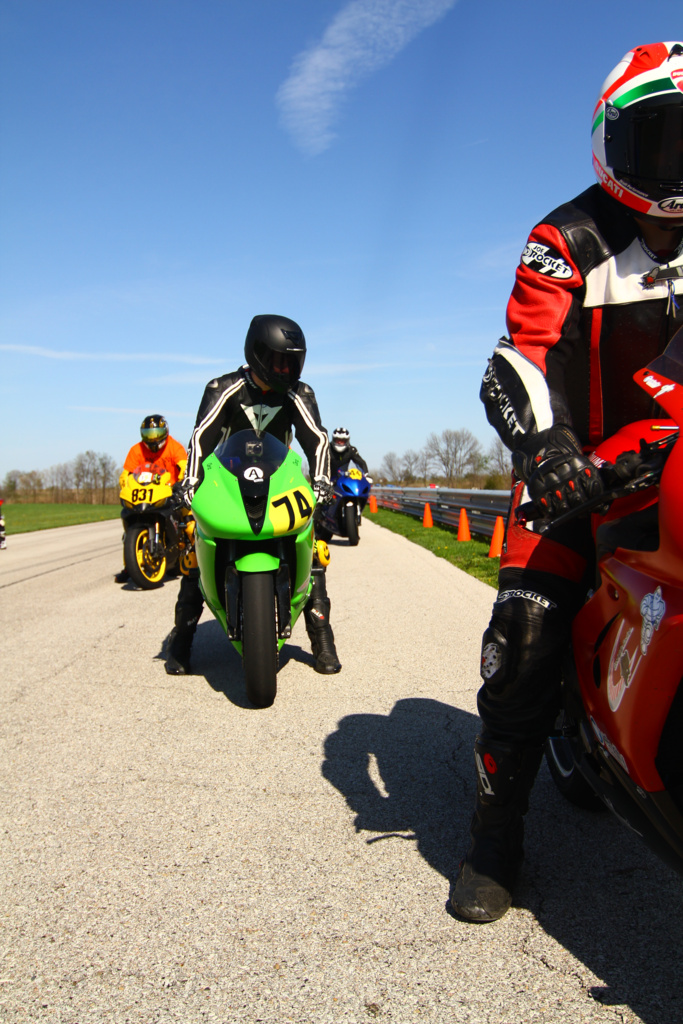 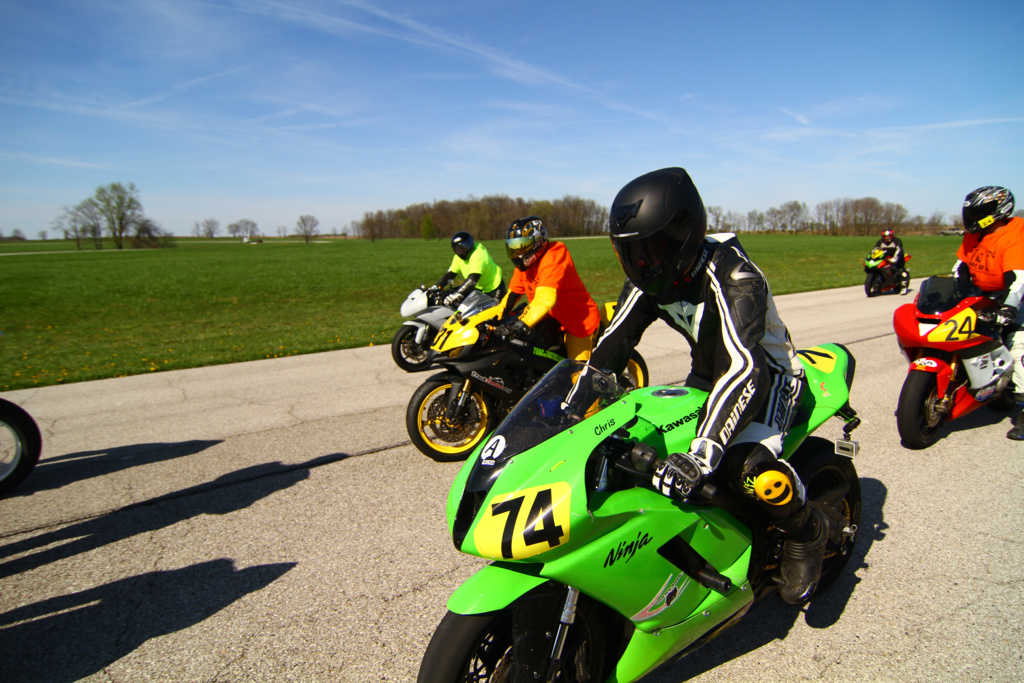 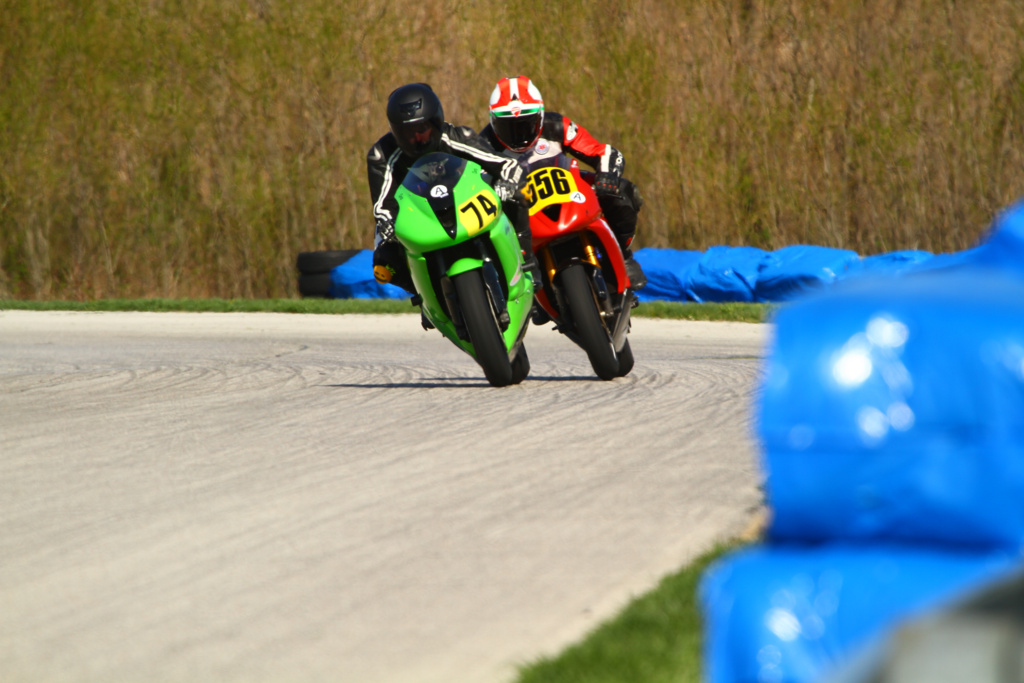 Chris missed the win by “that much”: 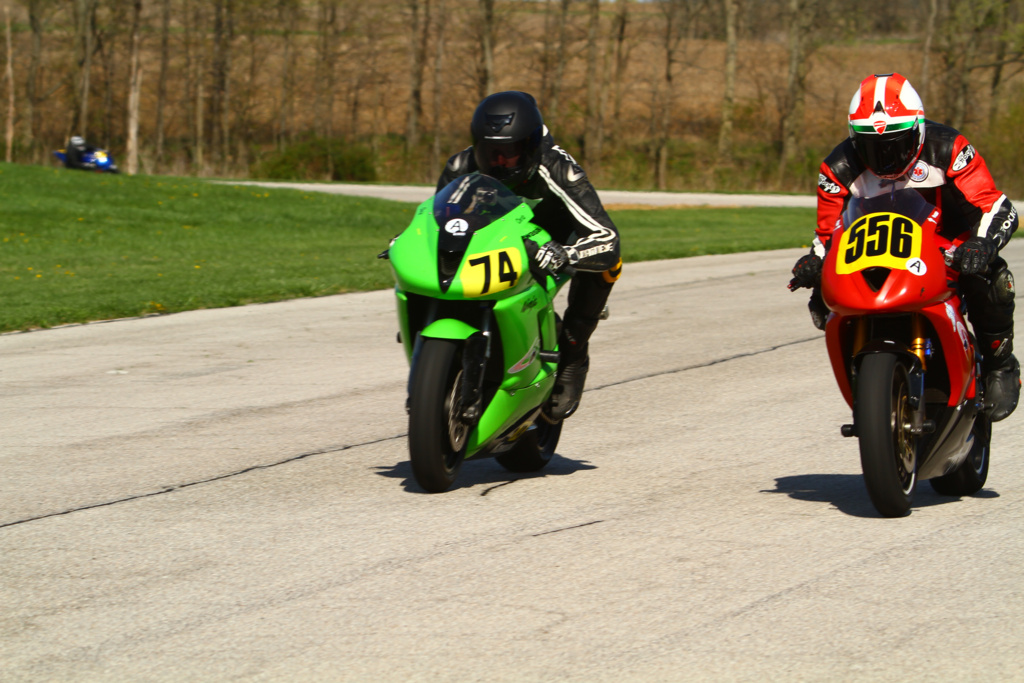 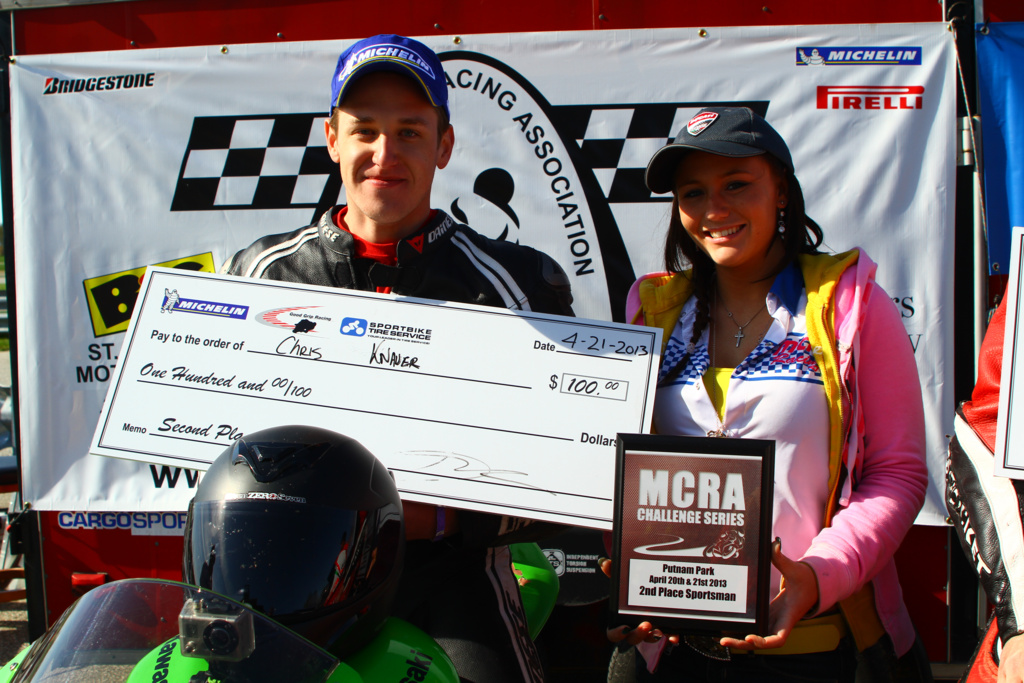 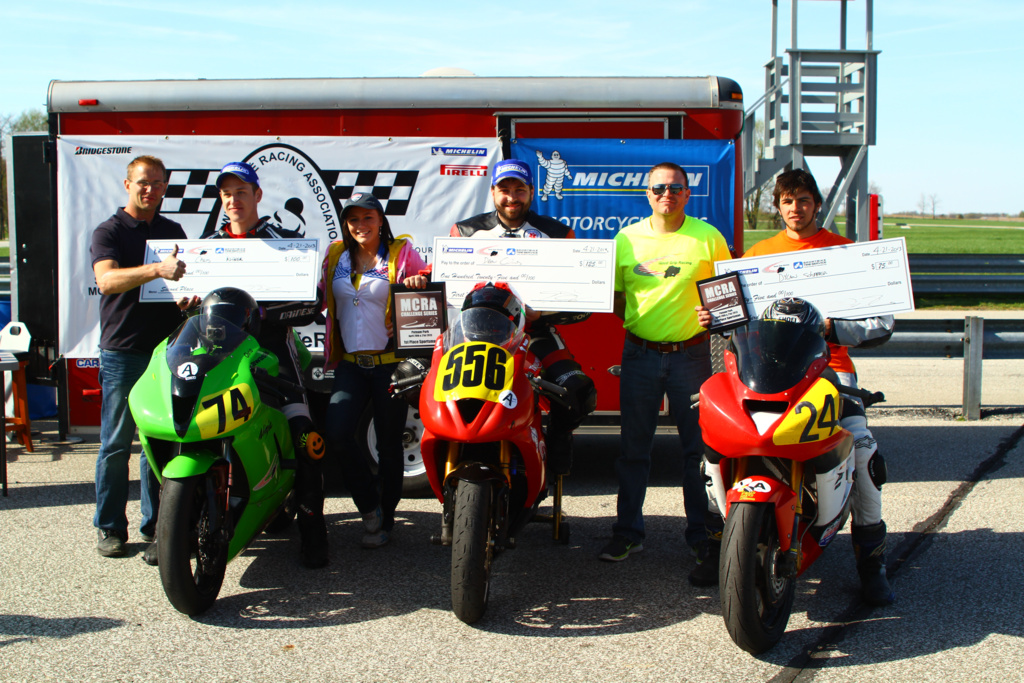 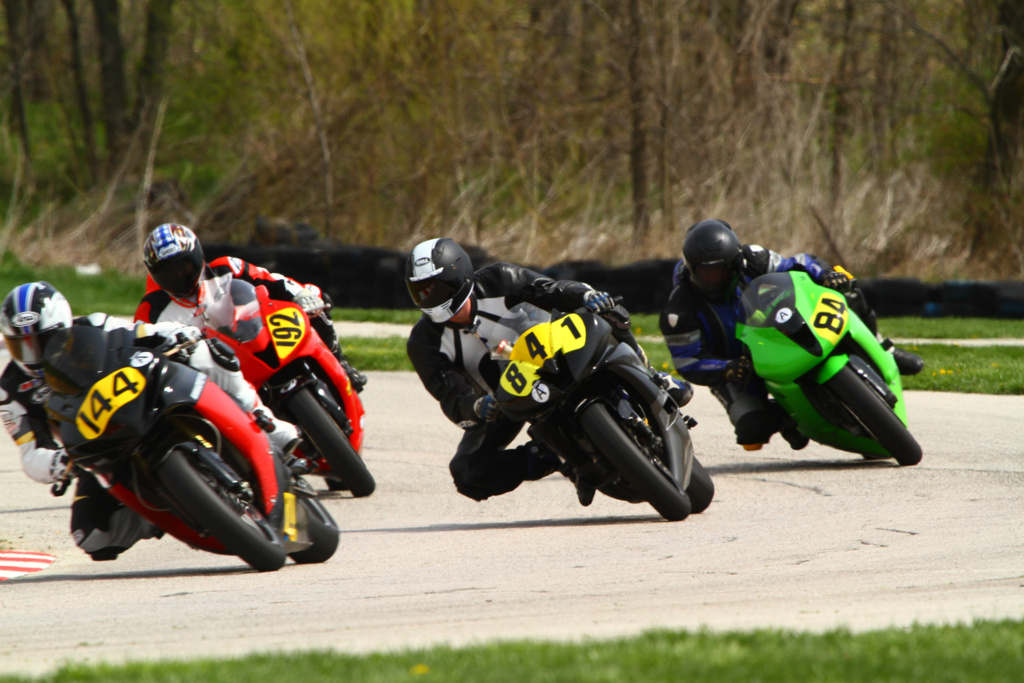 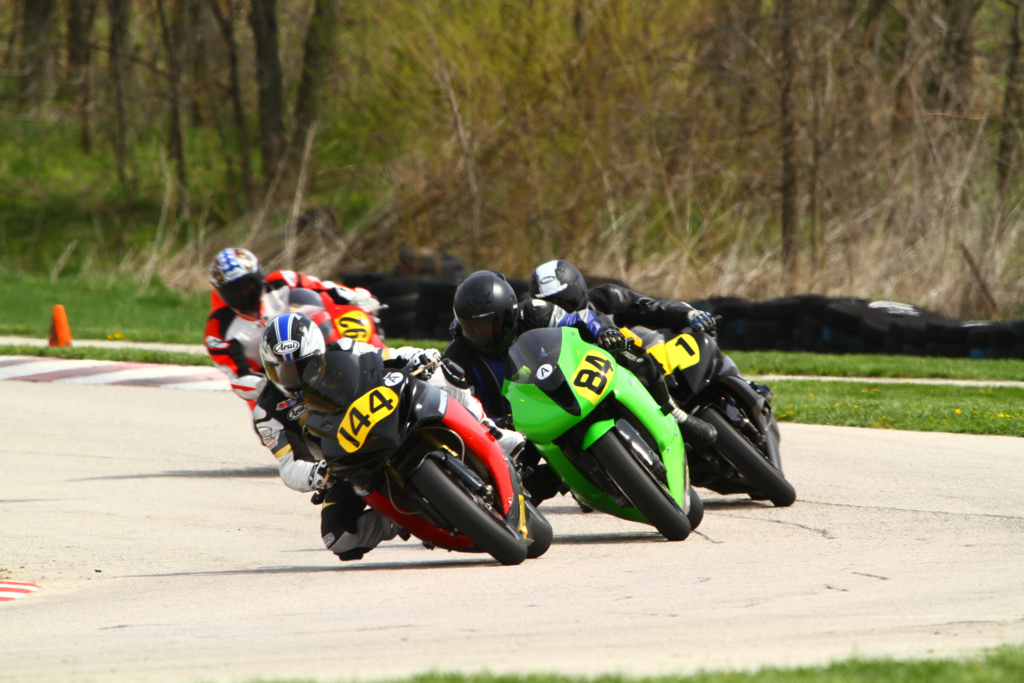 Next race weekend is June 29th and 30th at Gateway Motorsports Park near St Louis.